“EMPOWERING THE PEOPLE OF GOD THROUGH MINISTRY BEYOND SUNDAY MORNING”

In 1945, Rev, Neal Lee Peterson had a vision that “one day, somewhere in the Codornices Village of Berkeley/Albany area, a Baptist church would be built.”

Rev. Peterson set out to give birth to his dream, and after much pondering and meditation, he contacted some believer friends to tell them about his vision.  On March 31, 1946, Rev. Peterson, and these believers: Sis. Mattie Mae Peterson, Deacon Fred Williams, Bro. Harrison Williams, Sisters Lula Williams, Ethel Mae Posey, Nora Sargent, Morrell Posey, Maxine Lyons and Thelma A.J. Upchurch met in the home of Sister Maxine Lyons, and the vision was fulfilled.  The Berkeley Mount Zion Missionary Baptist Church was organized.  Rev. Peterson acted as Moderator, and became the Pastor.  Deacon Fred Williams acted as Deacon Board Chairman and Sister Ethel May Posey acted as Church Clerk.  Brother Harrison Williams prayed the organizational prayer.  Services were held in Sis. Lyons home for the next three weeks.

In 1949, the property at 834 Camelia Street was purchased by the membership as the first permanent location of the Berkeley Mount Zion Church.  Services were held there for 12 years.  Though the space was small, the members always demonstrated a large measure of love, concern and caring for the work of the church and for each other, attributes that continue to this day.

Records of Incorporation were filed in Sacramento on October 7, 1949.  Our current site, here at 1400 Eighth Street, was purchased in October 1954.  Ground breaking services for the new building were held on November 12th, and the deacons began construction on November 22.  The congregation marched into the newly completed church on January 22, 1961.

The Berkeley Mount Zion Missionary Baptist Church has been led by some of God’s best pastor’s.  There was continuous growth under each leader as each one served unselfishly.

Rev. Neal L. Peterson served from the inception, March 31, 1046 to June 6, 1959.  Two ministers and five deacons were ordained during this period.

Rev. Luther Williams served briefly as Acting Pastor.  He was elected pastor on July 2, 1960 and served until mid-1961.  Under Rev. Williamson, one minister was ordained and 84 members were added to the church.

Rev. Dr. M.T. Thompson answered the Lord’s call to Berkeley Mount Zion on October 8, 1966.  He labored in this vineyard for nearly 40 years and led God’s people in an unprecedented manner.   Under the dynamic, leadership of Pastor Thompson, many innovative and effective new ministries have been established and existing ministries enhanced.

Under Rev. Thompson, the membership roll increased many-fold; with new or restored members each month.  Over 100 men and women have answered the call of God and have been licensed and/or ordained to preach the gospel.  Over sixty men have been ordained as deacons.

On December 5, 1976 the Cornerstone Dedication Service was conducted by the Most Worshipful Sons of Light Grand Lodge AF & AM, Honorable Frank Bobo, 33 0   Grand Mason.  Dedication Sermon by Rev. H. James of Trinity Baptist Church, Oakland. (This cornerstone was destroyed in the 1980 building renovation.)

In February, 1978 the Lovie Lee Reese Memorial Scholarship Program was established.  Giving over $90,000.00 to deserving high school and college students.

In 1992, the implementation of the Mount Zion 2000 Project began with evangelical emphasis on the theme. “Attracting, Converting and Retaining.”  Under the project, the church financial records were automated and the church sanctuary was beautifully refurbished with new paint, carpeting and pews.

Also in 1992, the New Member Orientation Class, which had been dormant for several years, was restructured into a program of 5 sessions.  The first session was taught by Sis. Gloria Cox on February 23.  The Orientation Class led to a revitalization of the entire Christian Education Ministry.  Sis. Elizabeth Bogard was appointed Ministry Director in November 1992 and served for 4 years.

On January 24, 1993 , Pastor Thompson and the United Voices of Berkeley Mount Zion, under the direction of the late Rev. Kenneth R. Williams, completed a live recording entitled, “Ask God.” which was released nationwide to a happy, anticipatory public.

Throughout the years, Berkeley Mount Zion has been faithful in her efforts to fulfill the purpose of the church; evangelism (reaching), discipleship (teaching), and mission (sharing).  Some current methodologies and strategies for present day implementation were introduced by Evangelist Linda Lightfoot.

2004 ended with Pastor Thompson’s announcement that he would retire as Senior Pastor of Berkeley Mount Zion effective November 30, 2005. It was with mixed emotions that, following the 2005 installation of church officers, the Ministry Leaders began planning a year long tribute for Dr. Thompson entitled A LEGACY OF LOVE CELEBRATION.  This celebration would honor Rev. & Mrs. Ana Jo Thompson’s 50 years in ministry; 40 of those years at Berkeley Mt. Zion Missionary Baptist Church. The supporting scripture for the year-long celebrations was taken from 1 Corinthians 13:13(KJV) ” And now abideth, faith, hope, love, and of these three: the greatest of these is Love.”

The primary focus of 2006 was to select a new Pastor for Berkeley Mt. Zion.  Deacon Clarence Williams served as Chairman of the Pastoral Selection Committee.

Upon his arrival Rev. Hunter began to take the church further under the vision statement “Empowering the People of God by Doing Ministry Beyond Sunday Morning.”   Rev. Hunter’s vision and focus has been to offer ministry that is designed to help God’s people thrive in every area of their lives. The church has continued to grow and meet the needs of its parishioners and surrounding community.

In 2008 the ministry was structured under the “5 W’s” synonymous with the five purposes of the church.  Worship, Word, Witness, Work, With One Accord.  To ensure that the vision and purpose of the church was solidified.  We engaged in leadership development, conferences, and seminars.  Some of the best Pastors, preachers, teachers, and facilitators have come through to help us sharpen our skills to fulfill the mandate before us.

In 2014 the church undertook an exciting renovation project.  Beautifying, renovating, and remodeling both the exterior and the sanctuary of the current edifice.  Looking forward to expanding our efforts to include the entire church, as good stewards of what the Lord has given us.

Though we do not know what the future holds for the Berkeley Mt. Zion Family.   We do know who holds the future and we look forward to many more years of fruitful ministry as we partner with the Savior.  Believing the words of Jeremiah 29:11 “For I know the thoughts that I think towards you, says the Lord, thoughts of peace and not evil to give you an expected future.”

In conclusion, one might pose the query, “where do we go from here?”  Our response is that we’ll keep on doing the Master’s will. We didn’t make 75 years to decrease our efforts.  Rather it’s a milestone accomplished and a stepping stone to the future.  We’re glad to be in His service! 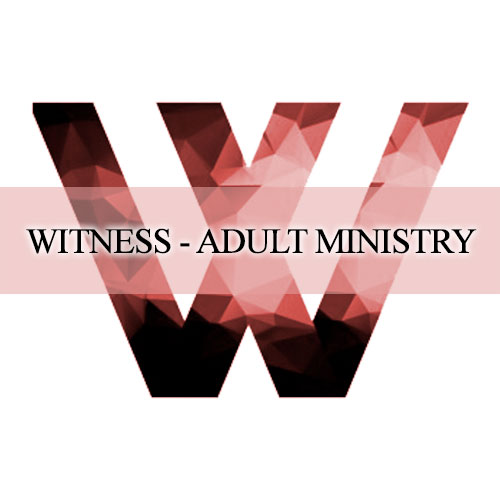 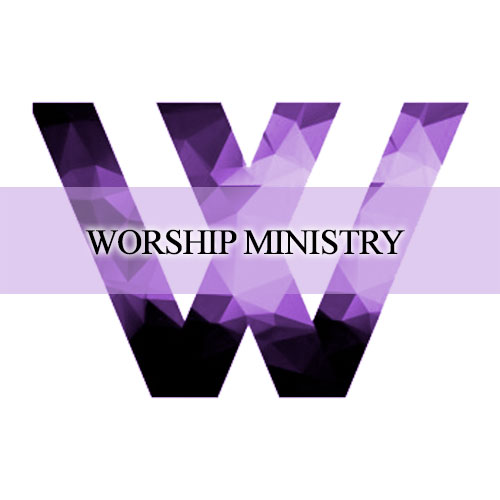 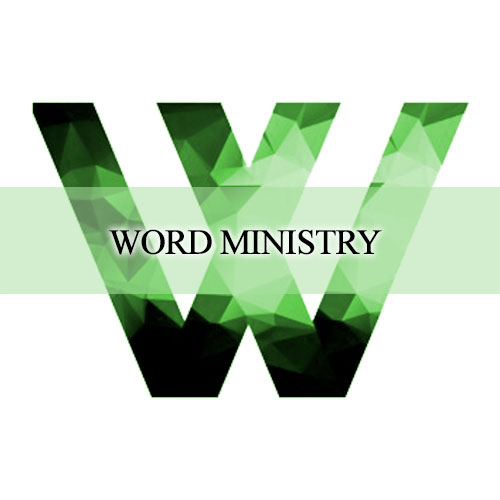 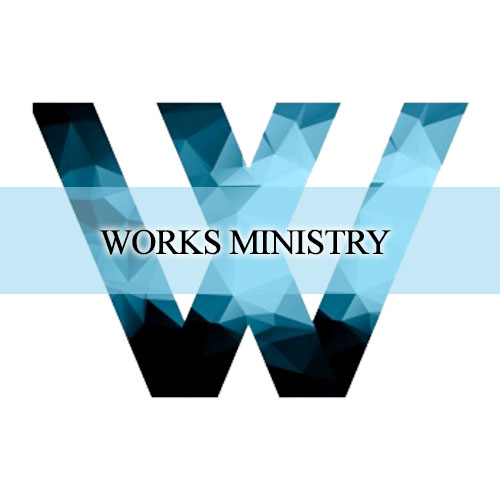 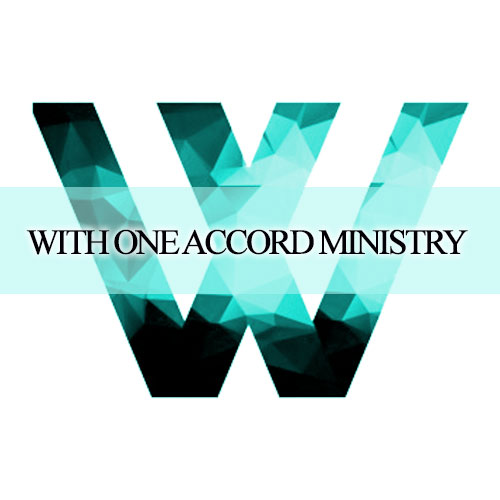